We need to talk about stillbirth

In NSW, for every thousand babies born, around six women and their families will experience the heartbreak of a stillbirth. With the aim to reduce the rate of stillbirths, in early 2020, the CEC and NSW Health launched the NSW implementation of the national Safer Baby Bundle program developed by the Stillbirth Centre of Research Excellence. Forums were held in four Local Health Districts to support local implementation and providing an overview of the elements of NSW Stillbirth Safer Baby Bundle, local data and measurement strategy and training in quality improvement. The CEC also worked on development of a program to be made available to all Districts in NSW online. 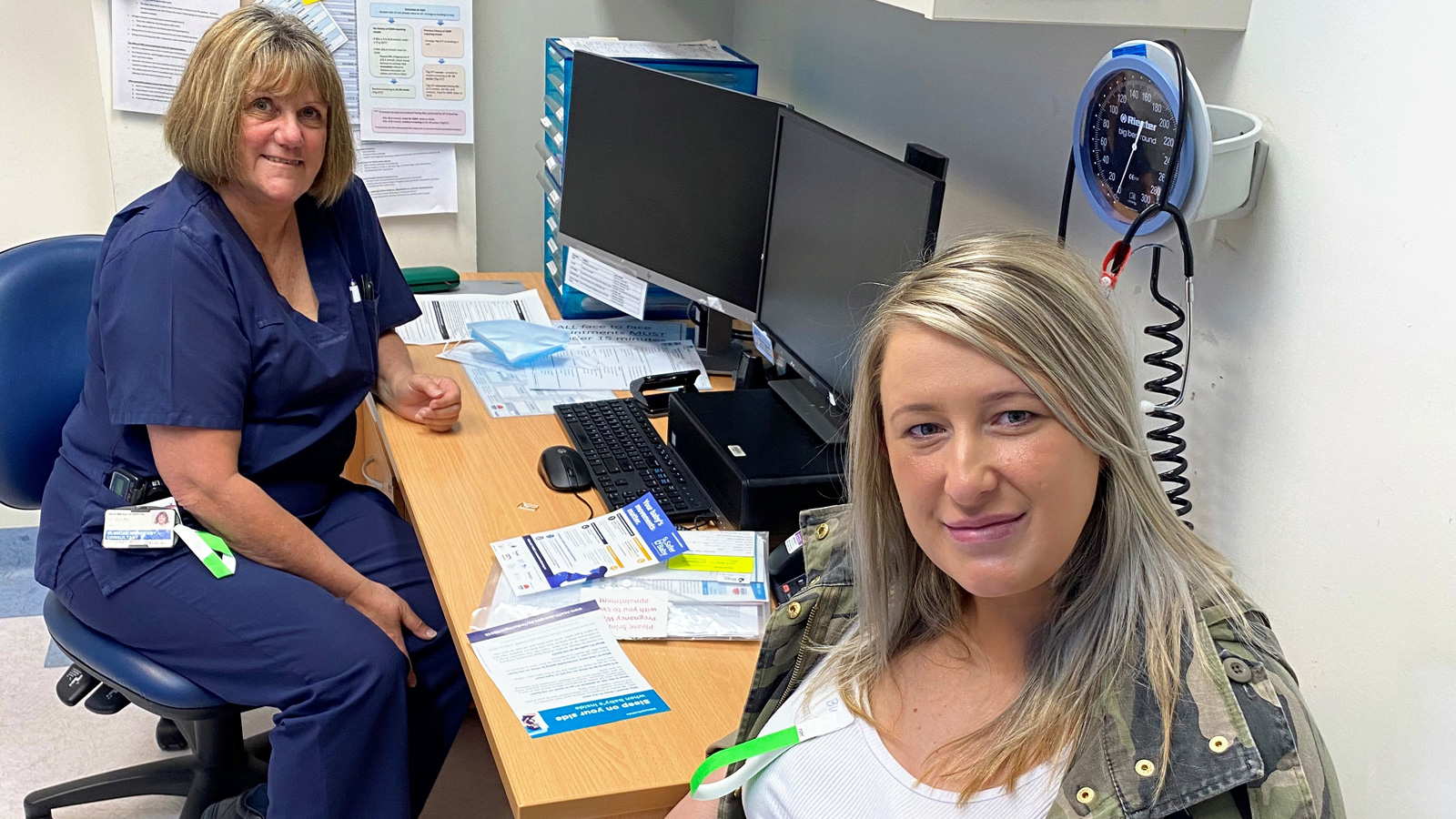 Sarah is pregnant with her first child. She is having her care at Westmead Hospital in Western Sydney where the team looks after women with high risk pregnancy complications. Sarah reported noticeable changes in her fetal movements, and has been monitored closely. Sarah and her care providers have agreed that an early induction of labour is necessary to reduce the risk of stillbirth. Raising awareness and improving care for women with decreased fetal movements and improving decision-making about the timing of birth for women with risk factors are two of the five elements in the Safer Baby Bundle.

Ann-Maree Imrie and her family were delighted to welcome baby Jesse. Ann-Maree’s experience with a previous pregnancy, however, turned out to be a motivating force in her life.

I believed that myth that the bigger the baby gets the less room they have to move.

Ann-Maree’s experience motivated her and her husband to become ambassadors for the Stillbirth Foundation. She also wrote a children’s picture book for bereaved parents to read to their baby as a way of keeping the connection. Ann-Maree applied and was accepted as a consumer representative on the NSW Safer Baby Bundle Working Group.

The launch of the NSW Safer Baby Bundle was held at Westmead Hospital on 18 January 2020. Following the official launch, a workshop was held with key core maternity health care providers, including midwives, obstetricians and general practitioners from Western Sydney and South West Sydney local health districts.

Launching [the Safer Baby Bundle] was really a way of creating engagement with all those multidisciplinary teams that needed to be involved as well as letting our local community be aware. We had consumer engagement, media present as well, local media and television. It was a whole day workshop with all the key players in the care around women for prevention of stillbirth. We left that day with the key players in Stillbirth Prevention Care across the LHD  up to date with the latest literature because we had the CRE come along, we had the CEC support us with the best implementation science tools that we have available as well to further the project and consumers there to remind us of who we are actually doing all this work for.

It is actually empowering for us to be able to, as clinicians who work in that field, to be actually be able to have the power of the CEC to help us implement evidence-based practice.

For Susan Heath, the Safer Baby Bundle program feels like the culmination of many years of work to develop better clinical practices around stillbirth. She is working towards change in clinical practice and change in community attitudes. According to Susan, “one of the big things the stillbirth CRE have done through this kind of work with the CEC is to actually get stillbirth into the public domain, which has often been a bit of a taboo so a lot of people don’t talk about stillbirth or what’s happened to them, broader strategies like this educate the wider community and that’s as important as educating the clinicians looking after the women”.

A lot of people don’t talk about stillbirth or what’s happened to them, broader strategies like this educate the wider community and that’s as important as educating the clinicians looking after the women.

The CEC has partnered with the Stillbirth Centre for Research Excellence, Safer Care Victoria and the Queensland Clinical Excellence Division, in a national collaborative to reduce the number of stillborn babies.

A key driver of the political advocacy has been Senator Kristina Keneally, who’s baby Caroline was stillborn 20 years ago. Seeing the growing evidence base and support from major advocacy groups, in her maiden speech in the senate she called for a national inquiry into stillbirth research and education and established a select committee to oversee the inquiry, chaired by Senator Malarndirri McCarthy. All committee members had also been affected by stillbirth.

The CRE for Stillbirth was formed in 2017 followed by development of the Safer Baby Bundle which aims to reduce the number of preventable stillbirths after 28 weeks gestation, by 20% by 2023. The Bundle has five evidence-based elements that emphasise the importance of best practice care. Reinforcing the five elements of the Bundle by providing women with midwifery continuity of care, has the potential to strengthen the Bundle’s impact and reduce the rate of stillbirth. Safer Baby Bundle focuses on improving care thorough better information and education for women during pregnancy and for maternity care providers.

Safer Baby Bundle aims to reduce the number of preventable stillbirths after 28 weeks gestation, by 20% by 2023

The CEC organised workshops at: John Hunter Hospital, Westmead Hospital and Tamworth Hospital. The forums supported the districts with local implementation and provided an overview of the elements of NSW Stillbirth Safer Baby Bundle, local data and measurement strategy and training in quality improvement. The CEC has additionally worked with NSW key network groups to facilitate and support all NSW maternity services to implement the five elements of the Safer baby Bundle into routine antenatal care by 2021.

Dr Christine Marsh is a midwife and the Improvement Lead for the Safer Baby Bundle. Before joining the CEC Chris worked for the NSW Pregnancy and newborn Services Network supporting safe delivery of Maternity and newborn care across NSW. This included providing advice on the Perinatal Advice Line to ensure women with pregnancy complications received appropriate care, in the right place, at the right time as close to home as possible. Chris has extensive experience across remote, rural, regional and tertiary maternity services as a clinician, maternity manager and midwifery consultant. Chris has a PhD awarded from the University of Canberra. Her research examined the personal experiences of women, midwives and other professionals involved in the practice of an Assumption of Care for child protection concerns of a newborn at the time of birth.

The important thing about making the change to clinical care is that we make it resilient.