In January 2020, the CEC received a Therapeutic Goods Association recall notice for a commonly used defibrillator in NSW Health. The device which is used to restart heart muscles with an electric shock had a potential fault which could have resulted in failure within the small window of opportunity for action. The CEC’s newly formed Critical Response Unit recognised the gravity of the risk. Taking the lead, they issued an alert and, in a highly successful partnership with local health districts across the state, organised for the repair or replacement of some 600 devices - all in a fraction of the estimated time to get the job done and as well, in the middle of a pandemic. 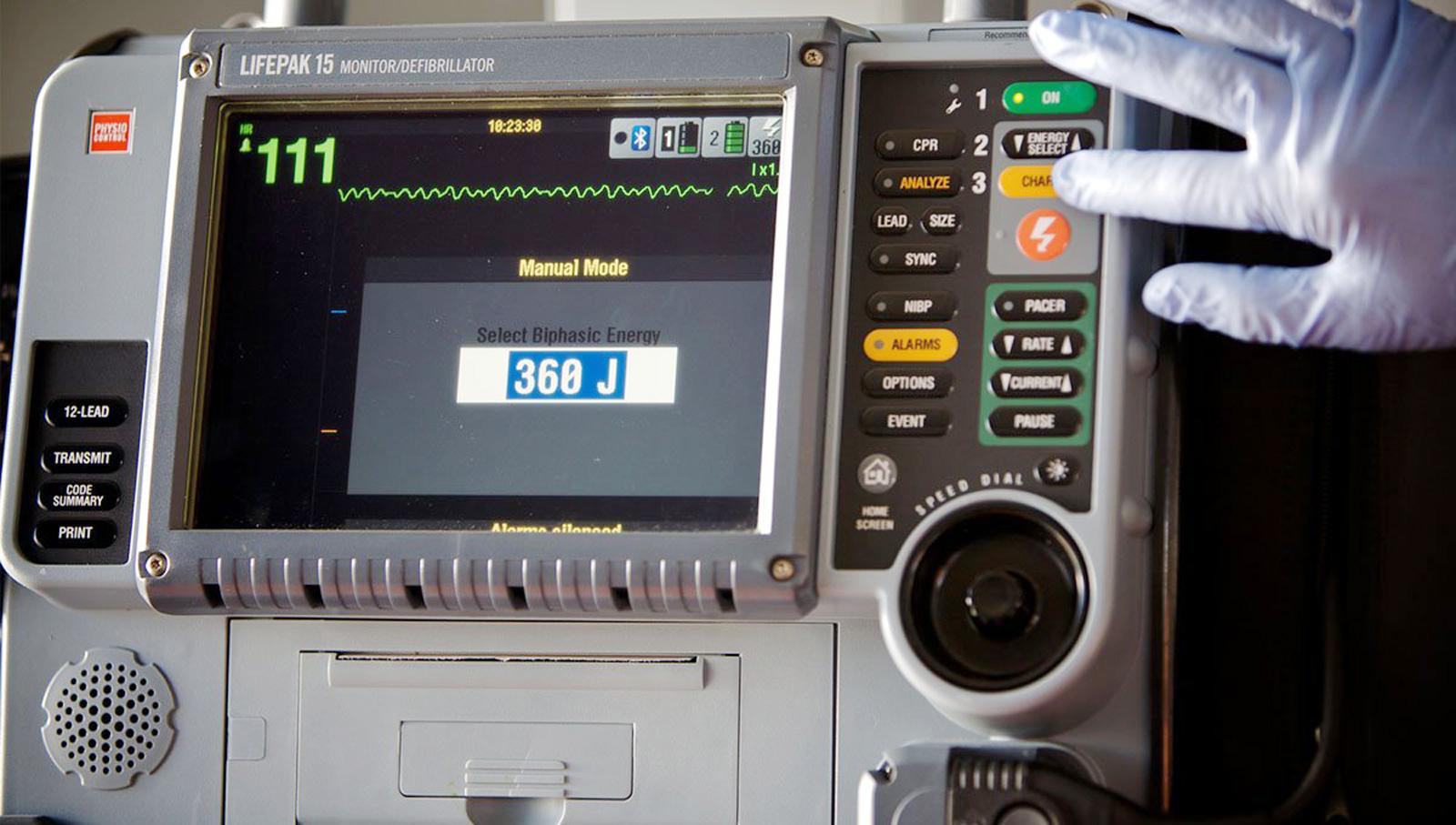 Father of four and grandfather of five, Robert Hackett, nearly didn’t make it to his 50th wedding anniversary. On his way home south to Wagga, Robert pulled off the Hume Highway and was violently ill, vomiting into roadside scrub. Back in the car and feeling waves of hot and cold sweats he rang his wife who told him to get to a hospital. It was 1.30pm on Saturday afternoon. Thirty minutes later he was in Gundagai Multipurpose Service, a small rural hospital just off the highway. He told the nursing staff he “didn’t feel real well” and when sat down on a bed went over backwards and blacked out. He regained consciousness in the back of an ambulance on its way to the local football field to meet up with the helicopter to take him to Wagga Base Hospital. Robert was having a heart attack.

When he blacked out at Gundagai, Robert’s heart stopped beating. Nursing staff used a defibrillator, the only one available in this small facility, to deliver two shocks to Robert’s chest, restarting his circulation and saving his life.

After insertion of a stent in a blocked artery, and recovery at Wagga Base Hospital, Robert reflected on his experiences. “It’s unreal what they can do”, said Robert, “unbelievable care from Gundagai right through to Wagga”. Robert returned to Gundagai with flowers and chocolates for the team that cared for him at that critical life moment.

The Gundagai Multipurpose Service is a 30-bed facility with 12 hospital care beds and 18 residential aged care beds. It provides a 24-hour Accident and Emergency Department. Reliability of medical devices, such as defibrillators, is essential.

The front-line health care at Gundagai is part of, and is supported by, the Murrumbidgee Local Health District. At Gundagai, the nursing team recall the experience the replacement of their defibrillator as straightforward and seamless. Communications were clear and concise around serial numbers and as it had been identified as a priority facility, a backup defibrillator was sent immediately to manage the risk before a new one was supplied. The outcome was the result of a great deal of collaboration between health agencies and the providers of the defibrillators.

The Murrumbidgee Local Health District manages 33 hospitals within an area of 125,242 square kilometres with many located in small towns. In the case of the LIFEPAK® 15 recall, Jill Reyment Director of Clinical Governance worked with the biomedical team led by Reema Shah, Manager Clinical Technology, Asset Management to locate the devices in facilities across the District.

To determine the scope of the recall, including number and location of devices, and the availability of alternative defibrillators, the CEC asked local health districts to complete a survey. At Murrumbidgee, starting with data available in the online asset management system, the biomedical team found devices at 18 sites, which they followed up with physical verification through visits and liaison with product managers. Recognising the urgency of the recall, despite the physical distances and the high number of affected sites, the Murrumbidgee team responded a full and verified inventory of the District’s LIFEPAK® 15 devices within 36 hours. Using this data, they could then collaborate with the CEC’s Critical Response Unit to determine priority for repair and replacement including identifying the sites of highest need where no other defibrillator was available. Meanwhile, extra defibrillators at sites unaffected by the recall were redeployed to sites relying solely on the LIFEPAK® 15.

This was an urgent matter for us, not every small facility has numerous Lifepaks so we needed to rectify the situation as soon as possible and our people who live and work in those small towns and manage those facilities know the importance of the matter. It was considered an urgent matter that must be managed immediately.

The CEC’s Critical Response Unit was formed in 2018 to coordinate solutions to issues arising with medical devices and TGA recalls having a state-wide impact. The unit supports local health districts and specialty health networks with issues that previously they may have managed independently. In 2019, the NSW TGA Recall Coordinator role for medicines, medical devices and biological agents transitioned to the CEC Critical Response team.

The CEC issued a Safety Alert about LIFEPAK® 15 soon after receiving the Class I Safety Notice from the TGA. An interagency management team meeting was arranged including representatives from the Agency for Clinical Innovation, HealthShare NSW and the Ministry of Health to identify a strategy, scope of the problem and develop solutions to support patient safety. In the rapid response, a survey was created and issued within eight hours using the CEC’s online Quality Audit Reporting System (QARS) Survey module. In a measure of the strong relationships between the CEC and districts and networks, all responses were received by the 36-hour deadline which assisted in the assessment and determination of the risk.

Stryker, the Australian sponsor of the American manufactured LIFEPAK® 15 unit, were responsible for implementing the solution. New keypads were ordered from the US and, in collaboration with the CEC and other agencies, a schedule created for repair and replacement including the most effective and COVID- safe travel route around the state for technicians.

A lot of sites did believe they were the highest priority and we had to rely on the data. We created huddles which we had daily, so we had the interagency meeting with the pillars with Ambulance and with the Ministry of Health to be able to identify our high risk areas and then look at what sites to address first.

Danielle Murphy is the Critical Response Lead at the CEC and has worked in NSW health for over 20 years. Danielle has a nursing background with clinical experience in surgical gastroenterology and critical care and has more than 15 years’ experience in patient safety roles. She holds a Master of Nursing (Clinical Studies) and, during the year, commenced the CEC’s Executive Clinical Leadership Program.

They actually negotiated that all the repairs would be completed within 18 months, so due to the patient safety risk, we actually worked really closely with Stryker to make that time frame as soon as possible and we started in early February 2020 and we actually completed on 15 May 2020.